What does the underlined dialogue reveal about Jeremy? 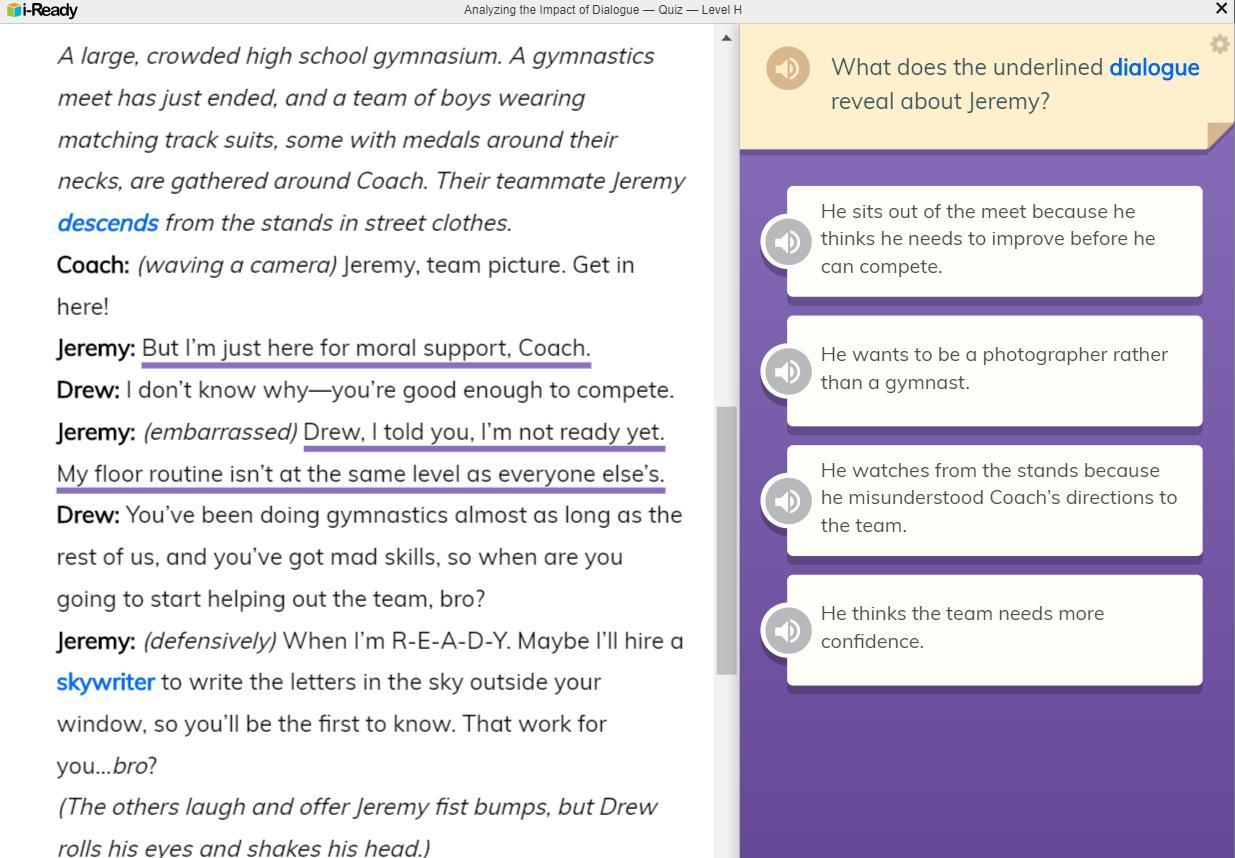 Answer:A is the answer


Hope i helped and have a nice day:)

The value of the Dollar appreciates versus the Euro. Who will benefit? A) no one benefits B) an American exporter C) an American
Naya [18.7K]

The answer is C) an American traveling to Europe.

Because of the dollar appreciation, the American traveler will get more euros at an exchange office or he will be able to buy more goods with his dollars than before the appreciation.