To convert from molecules to moles we must divide the amount of molecules by Avagadro’s number, 6.02 x 10^23.

moles= no. of molecules/ avagardo number

Which of the following is true of liquids? A. They have a definite shape. B. They have a relatively high density. C. They do not
MrRa [10]

B. They have a relatively high density.

Which of these statements is correct about P and S seismic waves? (2 points) Question 40 options: 1) Both P and S waves travel a
serious [3.7K]

The atomic number of this atom : 8

The charge of each of these atomic sub particles: 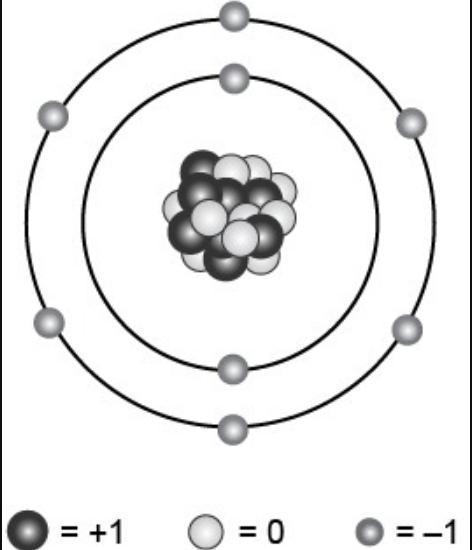 An electromagnetic device used to determine the masses of individual atoms is
xxTIMURxx [149]
Mass spectrometry was discovered by Francis Aston, a British Physicist, in 1919. This involves separating mixtures of substances into their components and transforming them into beams of particles and subsequently, bending them with the use of electricity and magnetism to come up with a spectrum that is inherently unique for every individual atoms for easy identification.
8 0
2 years ago
Other questions:
Add answer
Login
Signup
Login Signup
Ask question!