a) The efficiency of the Carnot heat engine is:

The power output used to drive the refrigerator is:

The coefficient of performance of the refrigerator is:

The heat removal from the refrigerated space is:

b) The heat rejected from the Carnot heat engine to the ambient air is:

Now, the heat rejected from the refrigerator to the ambient air is:

Finally, the total rate of heat rejection to the ambient air is:

Introduction to gear and gear ratios: If you have two gears of the same size does the output speed increase, decrease, or remain
creativ13 [48]

How do I design a BCD to seven-segment decoder using a single decoder and OR gates only?
weqwewe [10]

1. The truth table is attached in mage below. abcdefg are the 7 outputs of seven segment display.

2. K-maps of all 7 outputs is also attached as image to this response.

3. Outputs of seven segment display as SOP are as follows = 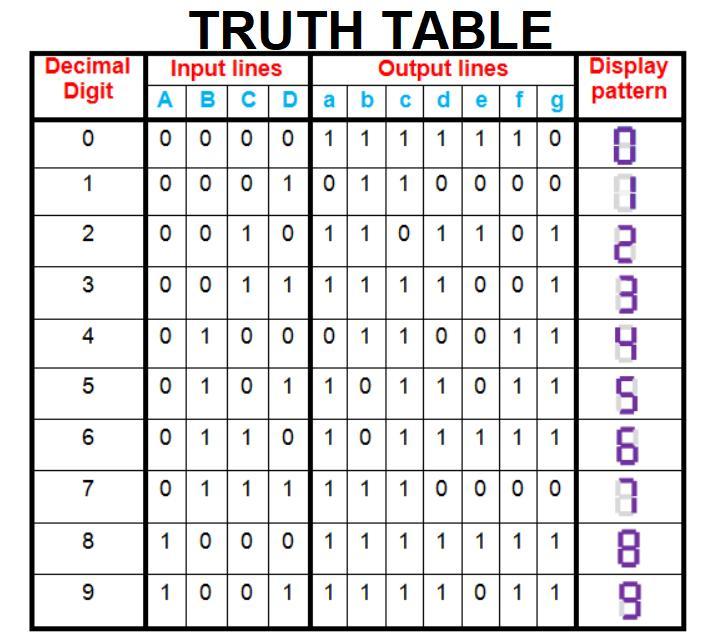 Advertisements. A Switch is a device that makes or breaks a circuit or a contact. As well, it can convert an analog data into digital data.

A switch box that routes an input signal to an output line; for example, to connect two computers to one printer. Manual data switches have dials or buttons. Automatic switches test for signals on the input lines and provide first-come, first-served switching.

A hair dryer is basically a duct of constant diameter in which a few layers of electric resistors are placed. A small fan pulls
Inessa05 [86]

the percent increase in the velocity of air is 25.65%

The first thing we must consider to solve this problem is the continuity equation that states that the amount of mass flow that enters a system is the same as what should come out.

Now remember that mass flow is given by the product of density, cross-sectional area and velocity

Now we can use the equation that defines the percentage of increase, in this case for speed

Now we use the equation obtained in the previous step, and replace values

the percent increase in the velocity of air is 25.65%